Northwest Hop Farms is a Fraser Valley hop farm and full-service hops distribution company. They grow, and process a range of first-class BC hops. They also source and distribute premium hops from BC and all the great growing regions around the world.

Let’s find out more about the BC hop growing industry and what’s new at NHF from co-founder John Briner, a well-known member of the BC craft beer community. 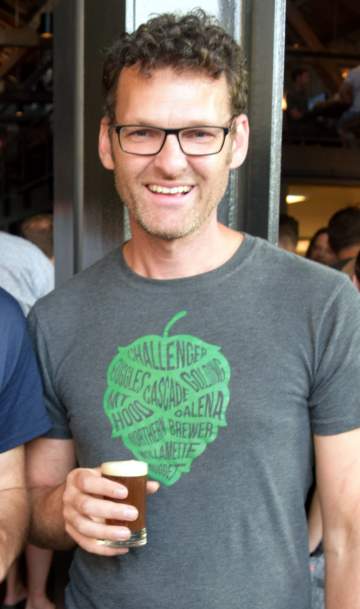 How have the first couple of years as Northwest Hop Farms gone?

We have stayed pretty busy since we launched in 2017, and we have seen our business grow alongside the popularity of craft brewing in North America and around the world.  Our primary marketing focus has always been the Canadian craft brewing scene, but along the way we have built up a good-sized customer base among US craft brewers as well as a number of breweries and distributors overseas.  We are constantly amazed at the worldwide interest in the hops grown in the Pacific Northwest, including those grown here in BC.

The explosion in the BC craft beer industry in recent years has been credited for the resurgence of hop growing in this province. Do you see the potential for further expansion of the industry to the scale it was many years ago?

It has been exciting to be part of the resurgence of hop growing in BC.  But like any comeback story, it also poses its own challenges and hurdles.  Unlike hop growing many years ago, many of the popular varieties are patented and cannot be grown except under license.  Also, today’s craft brewing industry values innovation and the development of new hop varietals, which can swallow up a single hop grower’s capital very quickly.

There are a few BC operations which have managed to develop their own trademarks and patents, most notably Hops Connect with their Sasquatch varietal and BC Hop Co with Lumberjack. Green Flora, a hop plant nursery in Abbotsford, has started developing experimental and hybrid varietals for local growers to trial. In turn, we’ve found a market for some of these new varieties, and have exported some of these ‘Developed in BC’ hops throughout North America and around the world, including to several craft breweries in Russia.  This strongly suggests to us that BC has the ability to start catching up to the innovation happening south of the border, as well as creating a name for itself in developing hops that really highlight BC’s unique terroir.

We see by your website that you supply the C hops like Cascade, Centennial, Columbus and Chinook, plus Comet, Magnum, Nugget, Triple Pearl, Willamette, and Zeus. Any particular varieties that are hot these days?

Innovation and new varieties, for better or worse, are always hot. We regularly get calls asking what the newest and hottest hop is.  It’s sometimes tricky for a new craft brewery to stand out, and sometimes using a new or experimental hop variety can set them apart.  At the same time, we also see “hot” hops being used without a lot of fanfare by established breweries.  For example, an established craft brewery might dry-hop their blonde ale with Galaxy hops without bringing much attention to it, where a newer brewery might devote some serious marketing or social media to it.  This cycle of attention, limited supply, and demand creates a lot of hop shortages in the craft brewing community, thereby driving up the popularity of those hops even more.  This past year, for example, we saw some serious shortages in the supply of Galaxy, Citra, Mosaic, El Dorado, and of course Nelson Sauvin. For BC-grown hops, we sold out of Nugget, Cashmere, Columbus and Magnum fairly quickly.

The Fraser Valley is its own unique microcosm different from any other hop growing region in the world.  Our alluvial soils, temperate weather, slightly longer growing days and cooler nights make for a hop that is quite dissimilar from those hops growing just south of us in Yakima. Sun, water and soil are three of the biggest elements in creating terroir, and our plentiful water and unique river-delta soil make for some excellent growing conditions.

Historically, BC was fairly well known for its Golding and Bramling Cross – Classic British varietals.  In recent years, BC has become a growing centre for the more citrusy varietals that we associate with the Pacific Northwest like Cascade, Centennial, and Chinook. In particular, Nugget and Triple Pearl are amazing high-yielding varietals here in BC. 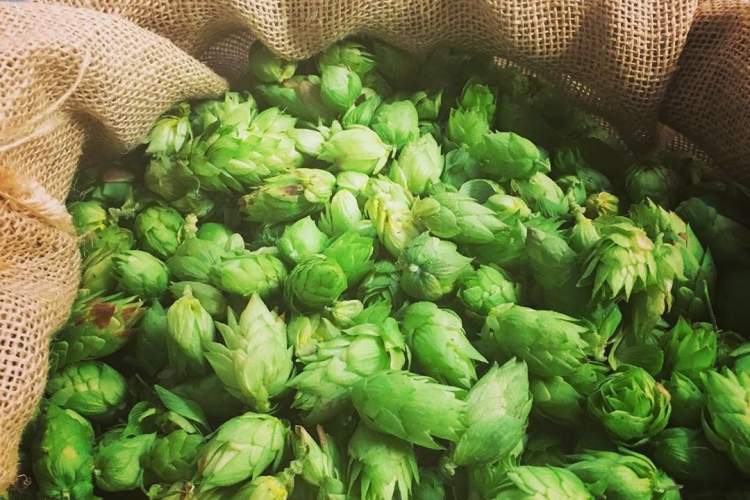 Many people don’t realize that hops are cut back right to the ground in the fall. What is the greatest distance that your hops grow in one year up and along the wire system?

Hops are a true “Jack and the Beanstalk” kind of plant that grow roughly 20 feet tall each season. During peak growing season in May and June, hops can grow up to a foot a day. During July and August, the hop plants begin producing burrs (the first sign of hop flowers or “cones”) and lupulin powder.   At harvest, the hops are cut at the bottom and top of the vine (or bine, in hop grower-speak), and the entire bine is brought off the field to a stationary harvester which separates the bine and leaves from the cones.

What would you like readers to know about Northwest Hop Farms?

We feel fortunate to be part of the extended craft brewing industry. In the six or seven years our team has been active in the industry, we have made some incredible friendships and connections. This industry is a unique family that includes people from all walks of life and occupations. We have really enjoyed being part of the extended craft brewing community and look forward to many more years being part of this unique collaborative industry.